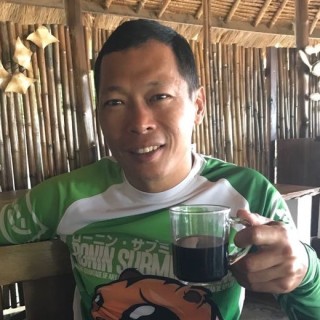 Styles vs Freestyle or not having a style

Are styles wrong? Or are styles just misunderstood?
When we say freestyle, what exactly do we mean? How and where does freestyle branch out from? Where is the beginning? Is it possible to be of freestyle if you didn’t have a style to begin with? And is it possible to NOT have a style? Contemplate…
This is where some make the wrong assumptions.

Traditionalist disagree with Bruce Lee and some outrightly try to prove him wrong by their blatant showcase and display of their styles. Sort of in a “it’s my way or the highway” kind of attitude. The “freestylist” on the other hand ever too quickly and easily agrees with Bruce Lee often without much thought and/or insight. Evident in how MMA practitioners identify Bruce Lee as the father of Mixed Martial Arts. In my view, he was a great martial artist whose identity and contributions to Martial Arts have been usurped in a shamelessly commercial way to promote Mixed Martial Arts as a commercial sport which in turn helps with promotions like the UFC, OneFC and the ever growing number of smaller MMA events. But this is another argument by itself.

Are styles wrong? Or just misunderstood?

I would say in the wrong minds, styles become wrong, and to some others, styles are just misunderstood. I suppose that this understanding or misunderstanding stems from where you are, in your journey as a martial artist. What do I mean? Take for instance that the only form of combat style you have been exposed to is a certain style of Kungfu (Kungfu itself has an enormous library of forms and styles). To you this style may be the be all and end all. As they say, ignorance is bliss. To others who have had the opportunity to have been touched by several styles or other forms, may then to a fault, often try to determine their own usage of the styles they have been trained in. It is that deterministic outlook that holds them down. Making them favor a certain style. This is usually seen as having a simplistic view of what Martial Arts should really mean. Martial Arts has no distinctive form. It has applications. Martial Arts should not be objective because it is subjective. Its form is limited only by its application and purpose. Its “style” derived from its application and purpose.

So what exactly does having no style or being freestyle mean?

Let’s look at it from the perspective of what it looks like. The objectivity of styles. Here, styles don’t mean a different stroke or a kind of stroke but rather it is its sets of rules which determine the flow of strokes, the connectivity of strokes and techniques. When you see Muaythai you know its Muaythai, when you see Western Boxing or Tae Kwon Do, you know it’s Western Boxing or TKD. This is what I mean by the objectivity of styles. You know it as a set of patterns or the favoritism in the usage of certain parts of the body as a weapon or weapons.
But what about the subjectivity of styles then? Is there such a thing as a style if it is subjective? Take Muaythai for instance, Muaythai is Muaythai. It means Thai boxing. However, subjective to the different geographical parts of Thailand, they have certain differences in styles. The differences in the styles are subjective to how the art can be effectively employed. In parts where rain is prominent and the land is wet, the stance is much lower and wider so you don’t slip and fall too easily. So does that mean that they are of different styles or that they are the same styles applied differently? This is also why it kills me when people think Muay Boran and MuayThai are 2 separate and different forms or styles. The only differences are the results expected from their applications.
Being freestlye or having no style, should simply mean not being anchored by the egos of any particular way but instead understanding and using what is useful for you, based on unique factors like your body frame, your temperament during that period of learning, your strengths and weaknesses, your environment etc… Take the good stuff (what’s good for you might not be good for me) and throw away the noise (parts or theories that don’t benefit me or not realistic for my case or time). It should not be misunderstood as NOT having a style at all! You need to grow out of a seed. You need a seed. And that’s where the different styles or schools come in. They give you a start. Good or bad (there is really no bad Martial Arts. Just bad practitioners), they sow a seed in you, a seed from which you will grow into your tree of knowledge and branch out to gain even more knowledge and skill to enhance your growth. Similar to plants, how you grow and what you become is usually determined by your characteristics, state of mind and geographical environment. Much like how mangroves and cedar trees are different in their own right but began as a seed.

So is it possible to NOT have a style?

So to sum it up, I would say it is NOT possible NOT to have a style. We need and will have a style. A seed to begin our journey in Martial Arts. What we strive is to not being tied down by any rules and the applications of the styles. Through our constant learning and evolving of our knowledge, techniques and weapons, we soon develop something of OUR own “style” based on OUR needs and abilities (a little about this below). So don’t be sucked in into your own little world of your style or art that you are training in and think that being the best in your little coral environment automatically makes you the biggest bad ass of the ocean. Continue learning and ALWAYS keep an open mind.
(Sorry but I still struggle to have an open mind towards the Ki energy Masters floating on the internet who can down a man simply with a slight touch or gesture. Someone please slap them).

Everyone wants to be Bruce Lee. Some even think they ARE.
Well Bruce lee was a lean mean fighting machine who trained up to 8 hours a day and had a side kick that was faster than my jab.
I am a man in my 40s who trains up to 2 hours a day anything between 2 to 5 days a week depending on my life’s schedule. What about you? And the thing is, given your circumstances and environment you might not need to have moves that are faster than the eye can see. So chill out and practice Martial Arts to help nurture your attributes to be the best human being you can be. Certainly DO NOT do Martial Arts just to feed your ego.
Please don’t.
Just don’t.
Loading Comments...